Home » Management lessons in leadership from the US Presidential elections

Management lessons in leadership from the US Presidential elections 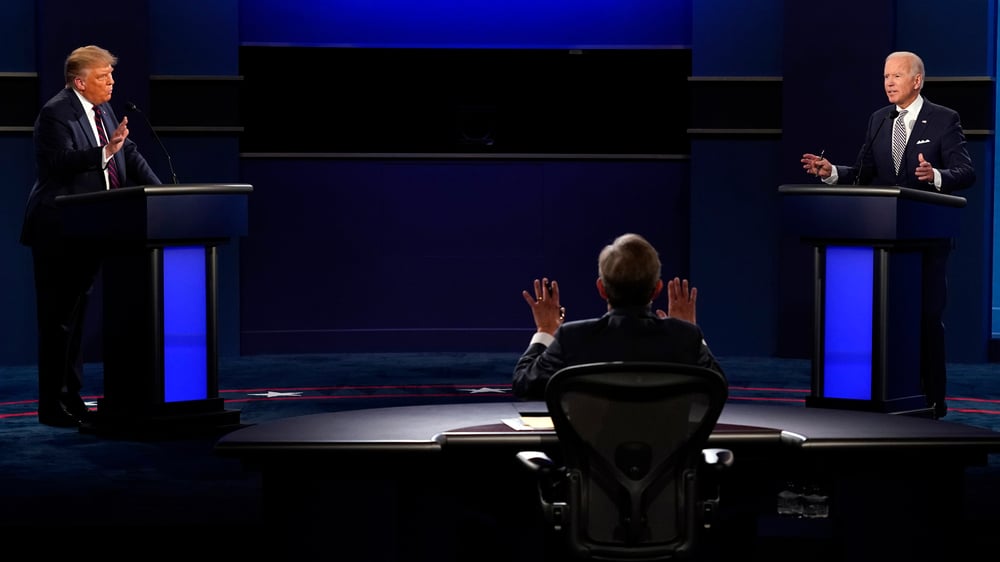 We all know that for an inquisitive mind, leadership lessons can be learnt from anyone and in the most unlikely of circumstances. But today, I want to be predictable and reflect on the US Presidential election, a spectacle that the world has been watching for the last few days. It had two diametrically opposite characters fighting for the biggest job in the world. One a dyed-in-wool politician, with a more than 50-year-old track record, the other an aggressive businessman driven by personal ambition, couched in a patriotic agenda. I have been watching both the campaigns closely but from a great distance if you know what I mean, I think there are some big management lessons for all of us. Have tried to pen a few of them:

Biden first contested for the Presidency way back in 1988 and then in 2008 without going far. Then he loses against Obama for the democratic nomination and becomes his Vice-President for two terms. In 2016, because of a personal tragedy, he did not put up a fight against Hillary. But he fought the biggest battle of his life in 2020 and emerged victorious. “Failure at some point in your life is inevitable,” Biden said in 2008. “But giving up is unforgivable.” In business, there might be short term pain, but if there is a long-term commitment and conviction, it will almost always pay-off.

In 2008, Biden was an arrogant politician in Washington, good at making deals but always waiting to pick up a fight, always desperate to be the smartest in the room. Look at his image today, a soothing healer, a more open-minded, and open-hearted leader. He has changed his position to match the mood of the citizens and his party, he has shown tremendous dexterity in learning new tricks. He now advocates a strong public health insurance option rather than Medicare-for-all, sharp limits on fracking rather than an outright ban, policies that would cut adult poverty by 50 percent and child poverty by 75 percent rather than a universal basic income. He matched his tune to the times we live in. We live in ambiguous and uncertain times and leaders need to learn to deal with it. Similarly, all business leaders need to be agile and unlearn really fast. It takes a lot of self-confidence to do that.

Biden has continuously thrived to build consensus. His ability to compromise for the larger good or the for the higher purpose has been commendable. His deft handling of the left to centre politics within the Democratic party presented him as a face of compassion and moderation. Even his biggest rival Bernie Sanders conceded that – “I think the difference now is that, between you and me, I have a better relationship with Joe Biden than I had with Hillary Clinton, and that Biden has been much more receptive to sitting down and talking with me and other progressives than we have seen in the past” Leadership is all about adjusting, compromising, giving a little for the larger goal and building consensus.

This is often the most under-rated of all leadership traits. It is important to consider how a potential candidate “fits” in with your plans and culture. Not all hires are successful, and one of the most important reason for it is a lack of culture fit. Most leaders experience this on a daily basis and the more successful ones work on getting this right. Trump got away with it four years back, because the other candidate also suffered from a ‘fit’ issue and multiple other issues. But not this time. Biden certainly came across as a better ‘fit’, in the classical mould of the older, quieter, more measured, guy who fits the image of what a President of the United States is expected to” feel like, look like, sound like and act like. Most leaders now acknowledge that ’fit’ is the most important trait for getting the right people on the team. It can be the single biggest advantage.

The ability to effectively collaborate, learn and accept ideas from different team members is a key to success. Trump pretty much ran a one-man shop. Not exactly a sustainable leadership style to run a country. Biden’s ability to collaborate with various groups and forge personal relationships stood him in very good stead. Leaders need to build and capitalise on the collective intelligence within the organisation to ensure that 2+2 becomes 22. It not only contributes to an effective and robust strategy but also increases individual contribution and participation.

Trump favoured gut instinct over rigorous analysis. His Economic Adviser Gary Cohn, had quoted, writing in an email: “It’s worse than you can imagine…Trump won’t read anything—not one-page memos, not the brief policy papers, nothing. He gets up halfway through meetings with world leaders because he is bored.”  He used to like to talk to people and get  all the information. While for a leader this is absolutely essential, it cannot be the only way to take decisions because it will lead to what we in Behavioural Science call the ‘confirmation bias’. While verbal communication is personal, focuses on emotions, and strengthens what you already know, the written word assimilates information that we generally do not memorise. At the same time do not take data at face value, study the under currents and patterns before fructifying your thoughts. This allows leaders to reflect, analyse and take a measured and calibrated decision.

Biden famously said about Trump – “The more he talks, the better off I am.” Biden ran a largely positive ad campaign in a bid to reach voters who didn’t hate Trump so much as they just wanted a President, that looked and felt very different from the vile and vicious narrative. His was a measured, middle-of-the road narrative that a lot of Americans wanted. In advertising lingo, he positioned himself in the right rational and emotional slot and presented the competing brand as a choice that any sane person would not want to make. A leader must always have a compelling story because people align to a narrative not just data points.

While recovering from the coronavirus in hospital last month, President Trump stated that “I learned a lot about Covid. I learned it by really going to school. This is the real school. This isn’t the let’s-read-the-book school.” His point: personal experience of Covid-19 taught him more than reading briefings by America’s finest doctors and epidemiologists. This showed complete lack of respect for the medical community and Dr. Fauci and the rest of experts. The “I Know-it- all” approach does not work. An absence of humility and curiosity is a disaster. Especially for leaders in a volatile, uncertain, complex, and ambiguous era. Leaders must be curious lifelong; they need to be aware that they are as human as the next guy and can get things wrong. Humility is a good trait to have when leading.

The biggest risk Biden took was to have Kamala Harris as his running partner. Considering that he himself is 77 years old, there would be a lot of focus on whom he chooses as his running mate. He chose Kamala, who openly disagreed with him to his face in front of millions of people during the Party nominations stage. The fact that no woman has ever held either of the top two posts in the US, let alone a coloured woman with immigrant parents also amplified the risk. He took a bold position against everything that Trump stood for. For a leader to create confidence and position oneself clearly, one needs to take a bold stance and calculated risks to succeed.

Biden’s lengthy career in politics has featured multiple personal setbacks and tragedies including the deaths of three family members. He has followed his father’s advice – “Champ, the measure of a man is not how often he is knocked down, but how quickly he gets up.” He is a fighter who overcame a very obvious stammer and became a successful career politician. At the age of 77, when most people after a successful career would hang up their boots, he had enough personal motivation to fight against one of the most vicious and cunning opponents. Leaders never underestimate the power of personal drive.